Skip to content
COVID-19 : EDG is open for treatments as per Victorian Health authorities' recommendations.

WORLD CUP FEVER
With Football World Cup heating up and almost 50% of the world population being glued to the screens, we thought we’d bring you some interesting dental/soccer facts from around the globe:
ICELAND – until recently Iceland’s coach Heimir Hallgrimsson was a dentist. He semi-retired 7 years ago to take on the role and still occasionally treats dental patients when he gets time off from coaching! His favourite saying to his team: “Be true to your teeth and they won’t be false to you”
URUGUAY – Luis Suarez is infamous for biting his Italian opponent Giorgio Chiellini on a shoulder during World Cup 2014 match in Brazil. Not a common dental injury in soccer but definitely a memorable one!
ENGLAND – research has recently found dental health of professional footballers to be extremely poor and to affect their performance. Many suffer from untreated gum disease, cavities, abscesses and tooth erosion. The latter being caused by consuming too many sports and soft drinks.
RUSSIA – major sponsor of 2018 World Cup is Coca Cola – a big contributor to tooth erosion and cavities in general population, as well as in elite athletes participating in the Cup!
PORTUGAL – legendary player and coach Jose Mourinho (who is currently in charge of Manchester United) is a stickler for dental hygiene, and believes that healthy teeth improve players’ overall performance. When taking on coaching duties at Chelsea and his current club he insisted that his squad got checked by a dentist.
GERMANY – Wolfsburg coach Martin Schmidt makes his players brush their teeth after each match to aid recovery
SPAIN – World Cup 1982 final saw a French player Battiston lose 3 teeth when he was kicked by his German opponent in the mouth
Disregarding the high risk of broken and knocked out teeth, only 7% of players wear a mouthguard. Instead most choose to flash their newly restored, brilliant white Hollywood smiles (like Portugal’s Ronaldo, Brazil’s Coutinho, Firmino and Welsh Gareth Bale)
So keep enjoying the nail-biting roller coaster of the World Cup (just don’t chip any of your own teeth in the process!) 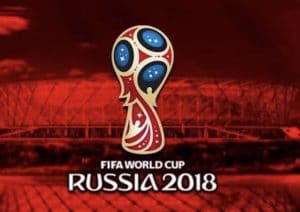 ← Get Your Smile Back with Phillips ZoomREPLACEDENT-Implant tooth replacement →

Find Something In Our Blogs